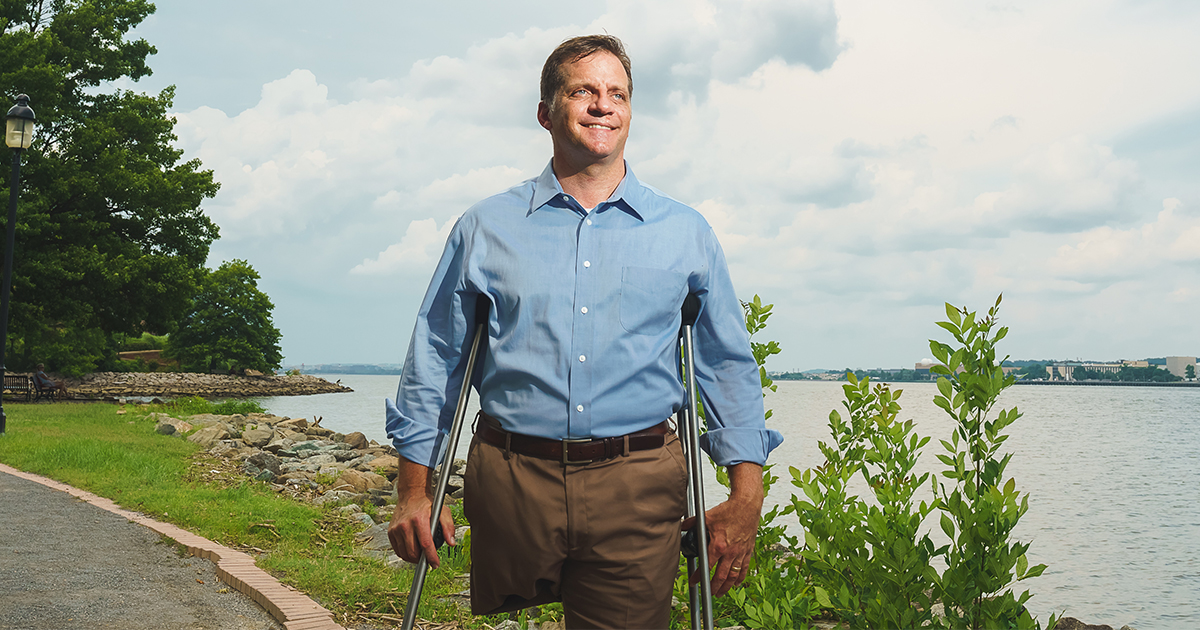 Alexandria, VA –  Today, retired Army Lieutenant Colonel and former US Senate nominee Dr. Daniel Gade launched New Mission PAC to support veterans and other conservatives running for public office and to educate voters on veterans affairs.  New Mission PAC will “hit the ground running” by participating in the US Senate run-off elections in Georgia and then turn its attention to the Virginia races for 2021.  New Mission PAC is uniquely positioned to enable leaders with a “New Mission” to affect change in veterans policy, military affairs, and national security policy, and to educate the electorate on issues affecting those communities.

“As a wounded veteran, fighting for veterans and educating Americans on military issues has been my passion and what I’ve dedicated my entire professional life to,” said Founder Daniel Gade. “I launched New Mission PAC to expand our efforts to serve America’s veterans by assisting leaders running for public office across the nation. Today, less than 20% of Congress has served in the armed forces- a steadily declining number that is mirrored at the state level. New Mission PAC is committed to reversing that trend by educating voters on the most pressing issues facing America’s military families.”

New Mission PAC was founded by former Virginia Republican U.S. Senate nominee and retired U.S. Army lieutenant colonel, Dr. Daniel Gade. After being wounded twice in Iraq and giving his leg to defend America, Gade has spent his entire professional life fighting for veterans and people with disabilities in the White House, on the National Council on Disability, and through his own privately funded research. As a wounded veteran, Gade’s passion has been invested in expanding veterans policy.

New Mission PAC will inform voters on military issues through digital, direct mail, and paid media operations and will support candidates at the state and federal level.

New Mission PAC was founded by former Virginia Republican U.S. Senate nominee and retired U.S. Army lieutenant colonel, Dr. Daniel Gade. Today, less than 20% of Congress has served in the armed forces and that number has steadily declined since the 1970s. New Mission PAC’s priority is to assist veterans running for office, inform voters on issues related to armed services and elect public officials with a new mission to serve.

Former Virginia GOP nominee for U.S. Senate Dr. Daniel Gade is a retired U.S. Army lieutenant colonel, professor, and public policy leader. During more than 25 years of military service, he was awarded the Legion of Merit, Bronze Star, and two Purple Hearts. Daniel graduated from West Point in 1997. He currently resides in Alexandria with his wife of 21 years, Wendy, and their three children.

Stay Up To Date!